These are the wise words of Batman that every aspirational teacher should know.

Teaching is a popular profession for many graduates. Last year 16, 845 people completed a secondary PGCE. The number of graduates completing PGCE’s has steadily risen over the last few years. It is a role that people find exciting, challenging and extremely stimulating. It is a profession where we are able to move people forward in their aspirations and assist their learning.

Unfortunately, I was sad to read earlier this year that the number of teacher training places at universities and colleges is to be cut by one fifth. The Coalition wants more teachers to learn their skills on the job in schools rather than in training colleges. Now I agree that we should have more on the job training – it’s where I learnt my skills and it was where I did most of my learning– but fewer teachers and training opportunities? Universities and teaching colleges offer fantastic teaching expertise and facilities that should be further funded. This maybe in response to subject demand but I am sure we will need teachers in the future and these cuts maybe putting off hundreds of potential brilliant teachers.

Nicholas Hargreaves of Radipole School, Weymouth says, ‘teaching is a wonderful career choice for anyone. From a young age several teachers and friends helped and encouraged me to aspire to become a teacher. To provide young minds with the knowledge, skills and passion to take control of their lives and become the experts of tomorrow. Personally it has given me the chance to inspire young people with my knowledge and expertise. Working with a group of like-minded teachers and young people is extremely inspirational. It is a role I have always been determined to succeed in and work hard for.’

The role teachers’ play in their local community is also central to a student’s development. Schools’ and communities must work collaboratively together for an area to benefit. Economic investment is a necessity with schools. Schools are the training ground for our future generations and they need to be at the forefront of technology for our young learners with the very best facilities for them to achieve their potential. The local community and schools’ must be incorporated into working together to create an ethos of self belief and to achieving their personal best. The community must be involved in their local schools creating community centres, so local people can benefit from the facilities and technology a school has. A community that sees the benefit of an education can help generate our leaders of tomorrow but they must work in partnership with the local schools. We as teachers are the facilitator of this role and can help enrich a wide variety of lives in the process. Working with the local community to enhance the school ethos and help an area develop. 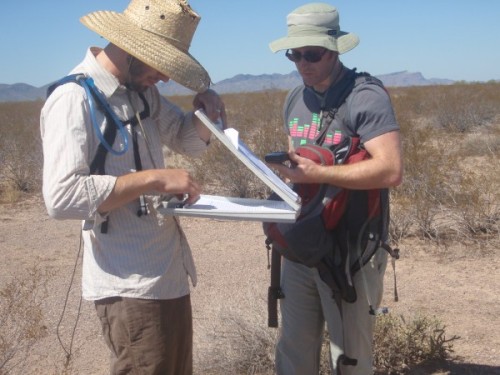 Russell Wait, Curriculum Leader of Global Studies at Cove School, Hampshire; ‘I was inspired by my secondary school Headteacher who encouraged me from the tender age of 12 to reach my aspirations and goals. I find that teaching is an ever-changing occupation that keeps you on your toes. To teach the future generation of Britain with a passionate voice can create change and can only be a benefit for the country’.

Many professionals from industry are turning to a career in teaching because of the many benefits the role brings. They bring with them a vast range of experiences from industry that can only enhance the profession. Experience from outside the classroom and shared with the students is vital. Young people do need to have role models and even though they sometimes might not want to admit it, teachers are a very important one. It is very clear that many people want to train as teachers but cannot afford to take a whole year off for training. With the recent credit crisis it is understandable, but it does show that people do want to be teachers.

With this in mind, young people choosing to become a teacher may not get a job at the end of their training. If the government get their way we will all be working till at least sixty-eight – where is the opportunity for the young, fresh and talented teachers? We need teachers, inspirational teachers with new ideas and outlooks. Choose teaching – be a teacher!

102 thoughts on “Choose teaching – be a teacher”